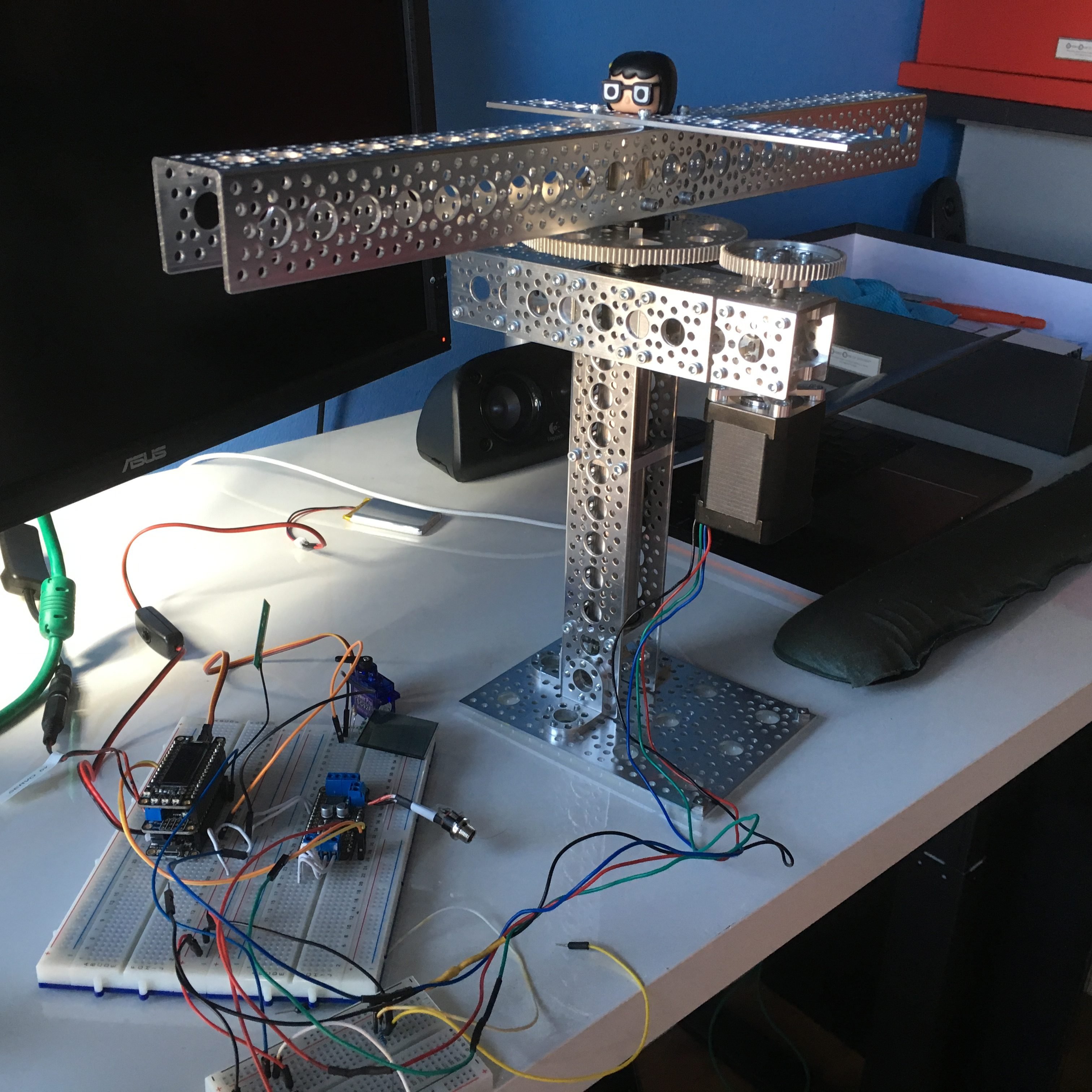 It’s been more than a year since I first set out to make the camera move around in a repeatable way. Sure, I was busy with another Chinese action movie, and life and such, but mostly it’s taken this long because building a robot is hard.

I knew it was going to involve challenges, but I was really naive. But you can’t know how much you didn’t know, until you do know.

Very quickly I realized that if I wanted the camera to move around on it’s own, I would not be able to use the wired controller that I’d just built. I would need to replicate the functionality, wirelessly. If I was going to be sending signals to control the camera wirelessly it made sense to send the controls for the robot the same way. I was familiar with midi over bluetooth, so I started there.

Firstly, I tried to make it work with bluetooth and midi. That midi ended up having too many limitations, and I wanted to go with a protocol called Open Sound Control, and OSC doesn’t work over bluetooth.

So I tried wifi, but I started with the wrong chip. The board is a nice board, but as I was warned in the description, it is new and all features haven’t been implemented. It took me many months to realize that I needed some of those features. When I got a hold of the adafruit M0 wifi feather I started making swift progress.

I am able to make the feather a wifi access point, so it is completely self sufficient. My phone or computer  joins the wifi network created by the cambot. Cambot is running a UDP service, and OSC software on my phone can communicate over UDP to send OSC messages directly to cambot. In OSC the message can be anything, a number, a text string.

With a basic interface of sliders and buttons, I can control almost every aspect of the camera.

But once the OSC data is received by the arduino, it doesn’t have to go to the camera. I can run a servo that can change the zoom or focus of a manual lens, and I’ve been playing with a piece of LCD that can darken, possibly automating a neutral density filter.

I could also control servos and stepper motors to animate the cambot, that’s next.