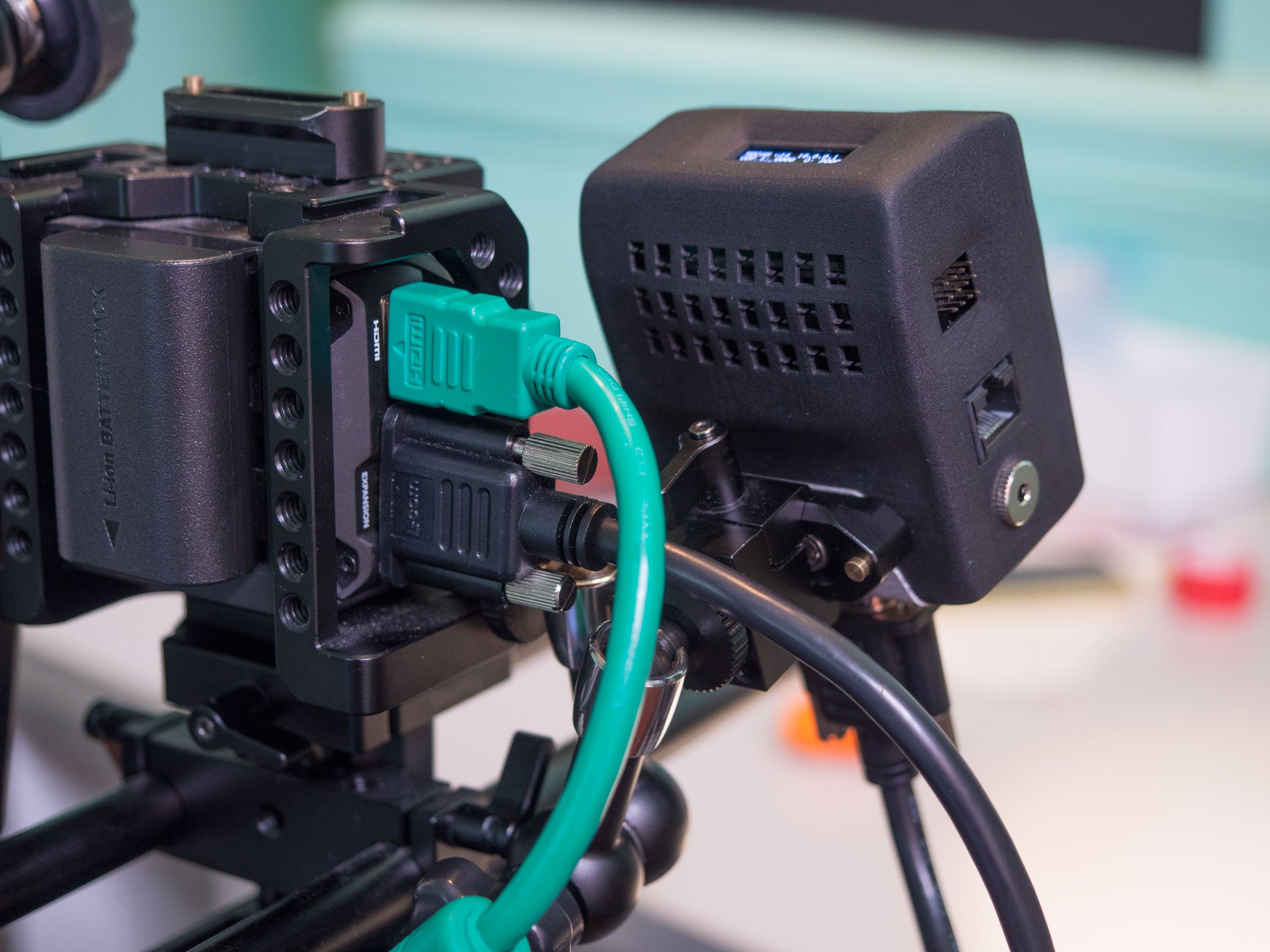 I had gotten all of the individual pieces working, thinking that the whole thing would come together piece by piece. As started drawing diagrams of the wiring, it quickly became apparent that I would have to minimize the wires. I want the bot to have complete freedom of movement, and that would mean putting a lot of wires through swiveling joints, making it very hard to figure out where a signal might be breaking.

The original plan was to have the main ‘control panel’ of computer power embedded in the bot. It would act as the master, and the camera became just another accessory to the robotic dolly.

Having the main controller in the bot led to too many wires.

But the wires. So many wires going in and out of each rotating joint, from the wheels through each axis of rotation to the servos on the manual lens.

It was all too much.

So I went back to the drawing board one last time, and flipped it on its’ head. The master ‘control panel’ is attached to the camera and goes everywhere the camera goes. The lens servo controller is built in, and there is a ethernet port that can hook it up to the cambot, if I want to hook it up with wires.

But, I also gave the MCP an ‘upgrade’ port, where I can add a radio card. Instead of wires, each part of the robot can be controlled through a robust radio interface. The tires don’t need a cable going up to the robot controller, they just need a receiver board and a battery. The rotation bot can be controlled the same way. It increases the cost of each piece a few dollars, but the whole system will be so much more robust.

And any kind of bot can be built and controlled. RC Car bot? Drone bot? Time-lapse bot? The MCP can handle them all.

The final result completely replaces the wired controller that I built. It has 12V in to power the camera, the 15 pin connector to the BMMCC, a USB port for programming, a tiny OLED screen to show it’s wifi info, a reset button and a power button.

Plus, it has an ethernet port that can send power and signal, servo ports for lens control, 3v analog out to control lens filters, and a connector on the board that will allow the radio board to be added when the robots are built.