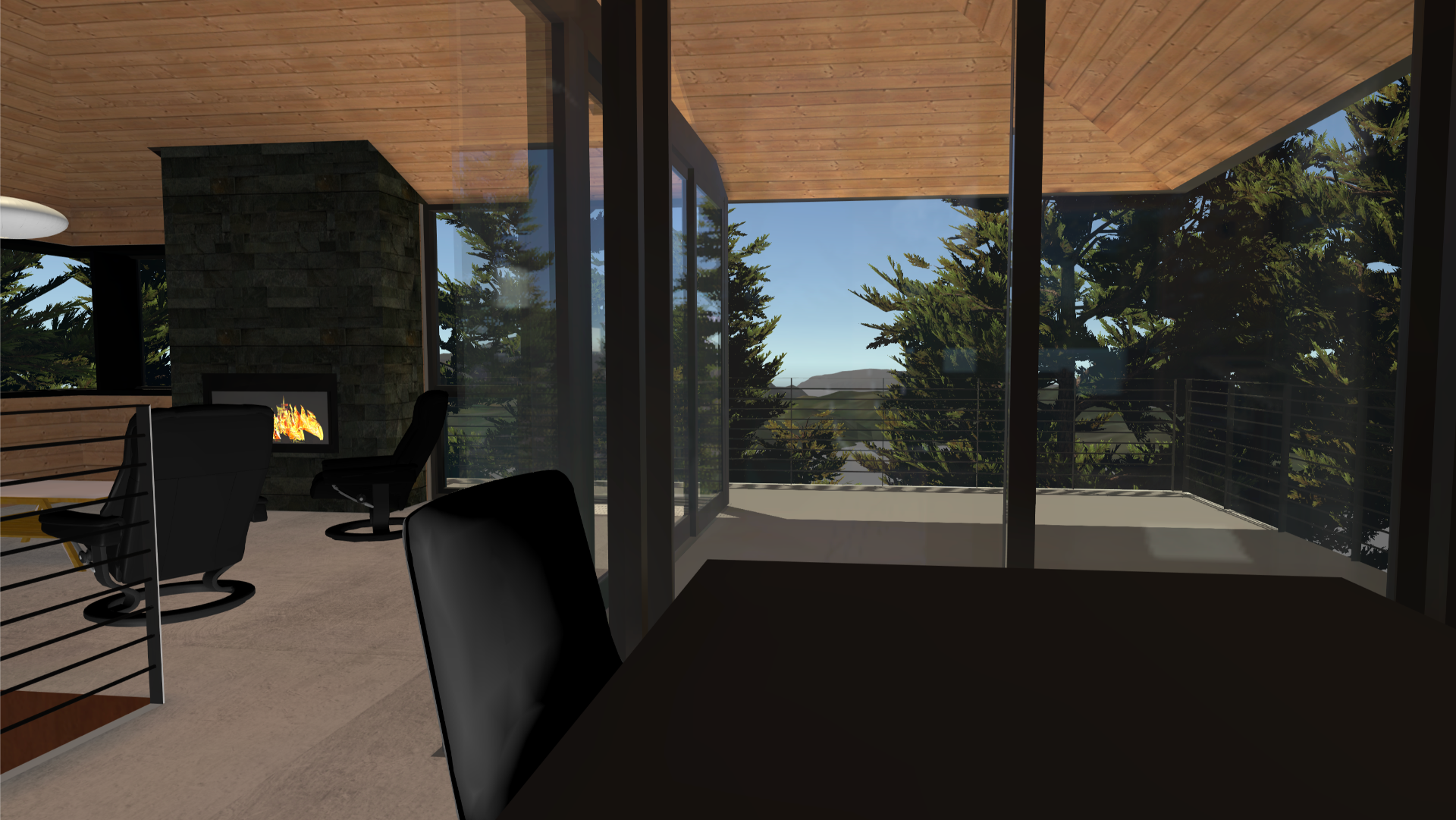 I was looking for a practical project to explore real world scale and photorealistic lighting in VR. My friend Susie is an architect. She is working on a house for a client, and she wanted to see if VR might be useful in her pipeline.

The house was designed in SketchUp, then Revit. I took the SketchUp file, as it was to scale and had basic materials applied, as well as some simple furniture and fixtures.

We were most interested in exploring the sense of scale, and the views from the windows. Most of the material shaders on the house, other that the transparent ones, came directly from ShetchUp.

The environment was created in unity. It was important to get the locations of the trees near the house in the correct places, they would help show if a view is blocked or shaded. These trees were individual geometry, placed following a survey taken at the site, other trees were instanced. The terrain directly around the site was taken from SketckUp, and the land and bay around the site was modeled out to the distant islands, to help show the view from the living room.

We were able to view the tour on both an Oculus Rift and the HTC Vive. In both cases we were able to walk around a small area of each room, and then point to be transported to a new area to explore. Being able to move around in the space, as opposed to just looking around in a 360° video, really gave a sense of the volume of space for each room, and virtually walking around the grounds was a fun way to see the house from all angles.

The jury is out on how helpful VR was to the architecture process, but we are both going to continue to explore the virtual and mixed reality worlds.