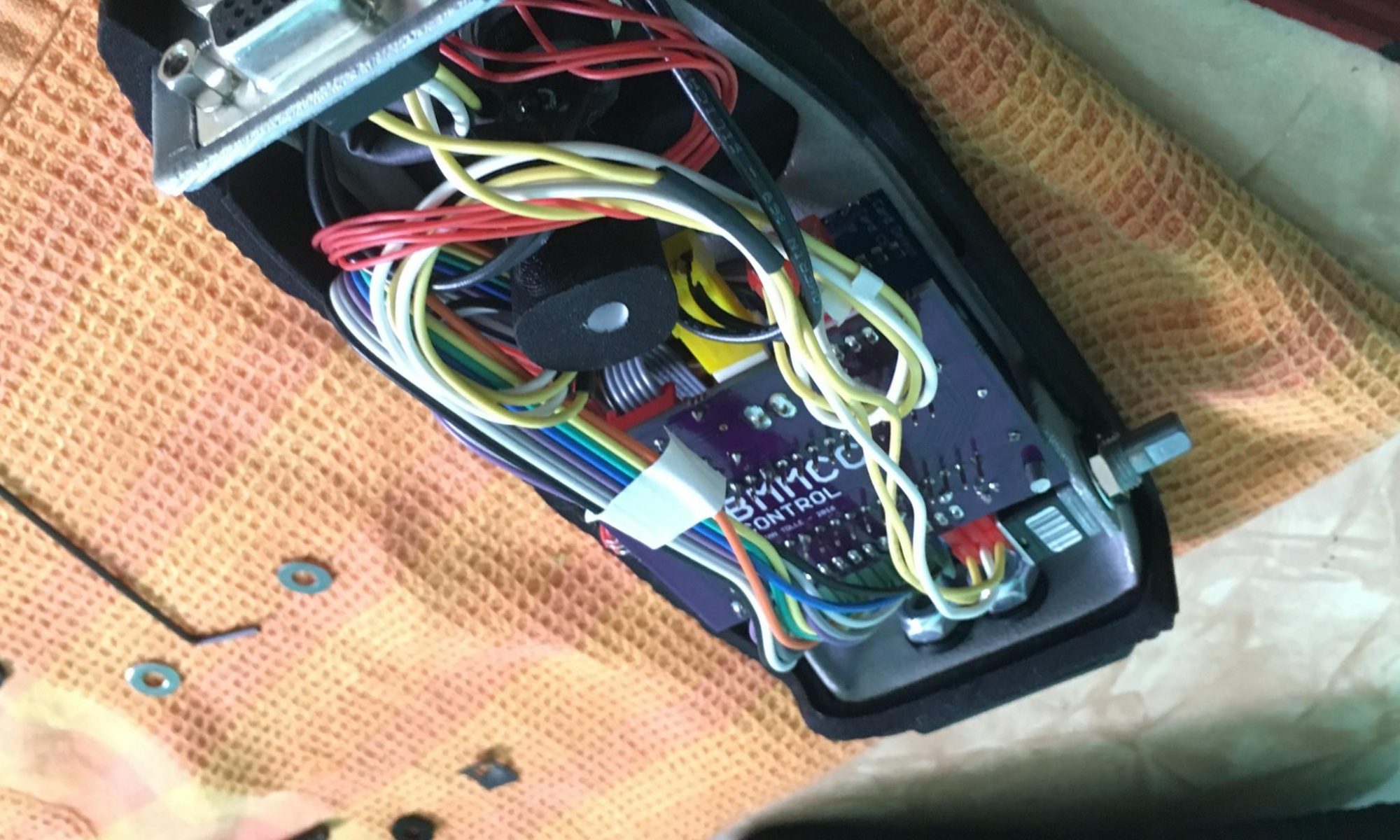 The Blackmagic Micro Cinema Camera showed up at the end of March. By the time it arrived I was knee deep at work on a Chinese action film and didn’t have a lot of free time to focus on it. After playing with it a few times I realized that the camera controls are an interface nightmare. Everything is operated by six tiny buttons that all feel the same. They’re close together. When you can’t see them from the rear of the camera it is a bit of a gamble to change the f-stop, and EVERY setting other than Iris is buried in a frustrating menu structure. The camera’s UI is terrible.

Over the spring I planned and researched, and started programming. I found this great post on the blackmagic forum that explained how to send s-bus commands from an arduino. So I got an arduino micro, a bunch of tiny components from Digikey, Adafruit and Lasher’s, and I started building my master controller.

I started the design with a lot of physical buttons and switches. Then I came across some easy to program touchscreen panels and realized that a touchscreen allowed me to have endless number of buttons, without having a billion buttons. It was obvious that I should incorporate as much into the screen as possible. The finished controller ended up with a small screen, a record button, a reset button, and a knob to control focus and zoom.

When I settled on the electronics I started looking at the case. There are a surprising number of companies making pre-made cases. I found a case I liked and was able to find 3D files for all of the components on the manufacturers’ websites. So I built the entire control in 3D and made sure that it fit into the enclosure. Then I asked them how much it would cost to cut the holes and bend a piece of metal to support it. The enclosure was $40, but the holes would be $600. That was more than I wanted to spend on the basic controller.

I had the whole thing in 3D, I had the summer off. I decided to print a case to experiment with higher end 3D printing. I designed a chassis that would hold all of the components that was printed in Aluminum, and the case was printed as a strong plastic shell. To save space I had a little circuit board printed and all the components plug into it.

It all came together, and to my utter surprise, it works. I can control the ISO, Shutter Angle, Iris, Color Temperature, Audio Input Volume, Focus, Zoom and REC toggle. The controller plugs into the camera through a D-Sub HD 15 connector and it’s powered from the camera battery or wall power, there is a wall power jack in the controller. The controller also has a USB port so it is easy to update the Arduino software.